A life turned upside-down by art     Technique and Philosophy     Biography

A LIFE TURNED UPSIDE-DOWN BY ART 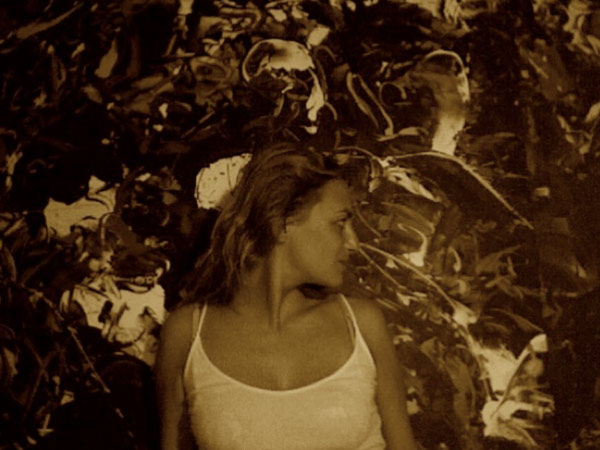 The gift of a calling

Art came to Delphine Bernard as a gift.
And that gift came in an unconventional way.

One night, in her late twenties, she saw a documentary on Action Painting pioneer Georges Mathieu. With the French Master's Lyrical Abstraction Delphine discovered emotions could be expressed through art, in a free and sensual movement.

She had found her calling. Her life would never be the same.

Delphine immediately embarked on a three-month journey to India, where she learned meditation and experienced the ability to feel the energies of the world in a visual way.
Upon returning to France, Delphine sequestered herself in a remote village in Brittany, dedicating herself entirely to painting to develop her own personal style.

The choice of Asia: Singapore at heart

Singapore's Gallery Art et Domain spotted her work and in 2005 invited her to the city-state. She worked exclusively for the gallery over a six-month period, participating in interior design projects around Asia for clients that ranged from homes to offices to hotels.
Always present in her paintings is the influence of ancient Oriental art forms such as calligraphy. Delphine decided to immerse herself more deeply in Asia by studying Mandarin and settling in Singapore.
Now totally independent, Delphine Bernard has founded her own company, Tailor Made Art and her own gallery.
A keen contributor to Singapore's ever-evolving art scene, Delphine Bernard has participated in Art Fair Singapore and has held major solo exhibitions at several venues, including The Swissotel Stamford .


Commission art, live painting performances and workshops, an artist in the city... 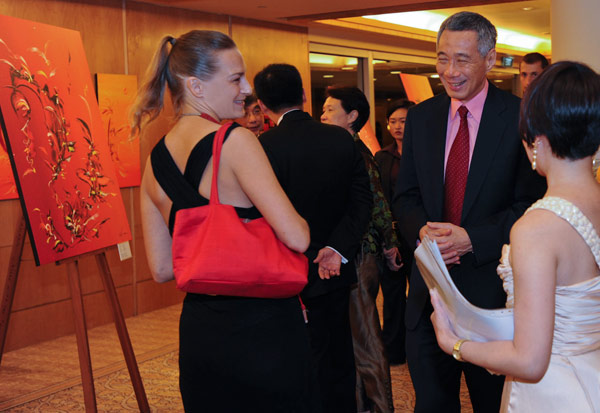 
In addition to her own creations, Delphine collaborates on major interior decoration projects. These collaborations can be seen in some of Singapore's most prestigious addresses including The Icon and the recently refurbished Mandarin Hotel.

In the United States, Delphine Bernard's work is permanently exhibited in A Muse Gallery.

On special occasions, she also conducts live painting performances, thrilling audiences by creating art on large-scale canvasses in a burst of inspired improvisation.

Delphine loves sharing her passion for freedom in art with all aspiring artists. She holds regular workshops for those seeking to better enter the flow of their own inspiration and also conducts art sessions for disabled children and adults from Very Special Arts Singapore.